I had been in Vienna for only a week after the February holiday before I was off again, this time to Croatia and Slovenia for a weekend break. One of my regrets during my first semester was not taking advantage of Vienna’s excellent travel links to central and eastern Europe, a part of the world I’d never really been to before. I wasn’t going to make that mistake again, so during February I booked myself onto a couple of international bus tours with Erasbus, the same company that did my trip to Hallstatt. First up was a weekend to Zagreb and Ljubljana, places that not only I hadn’t been too, but no one in my family had been to either, (my dad is very seasoned traveller) so I was very excited to go.

Unfortunately, I was perhaps a bit too excited. It was 5:00 start which meant I had to leave my flat by 4:15 to reach the meeting point for the bus, which was all the way on the other side of the city. I was so concerned about getting to the bus on time that I couldn’t sleep at all. So cue 4 o’clock, I’m wondering around the early morning streets of Vienna, in a zombie-like state.

The subsequent bus journey is a vague recollection for me, half of it being my dozing face pressed against the window, and other being me watching the sun rising over Austria’s autobahns through bleary eyes as we sped south towards Graz. After 3 hours into our journey I stated to perk up, by which time we had entered northern Slovenia and were heading towards the Croatian border.

Now it should be noted then when preparing for these trips I was surprised to find how many European nations still retain their own currency. Both Croatia, Czech Republic and Poland are, in fact, all outside of the Eurozone. That’s what I didn’t know. What I did know is that Croatia still possess a border. Though it joined the EU in 2013, Croatia has yet to join the Schengen Area, though it is legally obligated to do so (at some point). For those of you unaware, the Schengen Area allows free movement between EU states, with only the UK and Ireland being EU nations that are exempt from joining the Schengen Area. Croatia will eventually join, but probably not for awhile, and if my experience is anything to go by, I think there will be a lot of feet-dragging before that.

The queue at the border was horrendous, easily adding another 45 mins to our journey. When our bus finally pulled up to the border post, we all had to get out and show our passports. Easy enough, though the guards weren’t happy with one student’s passport and we had to wait another half an hour before piling back onto our bus. We all heaved a sigh of relief; we could finally get on our way.

A few metres ahead of us was a second guard post and we, once again, had to get out and present passports. Before I knew it, I was being ushered aside by a guard and ferried into a room. Thinking this was part of the checks, I went along. However, when I turned my head, I could see other members of my tour being let through, no problem. I begun to panic, was there something wrong with my passport?

Eventually, others from my tour were similarly pulled away and joined me in this little waiting room. When there was about eight of us, we were told, by the one guard who could speak English, to sit down. Three other border guards entered the room, their faces were all portraits of seriousness and in their arms they cradled a Heckler & Koch UMP, the go to weapon for US Border Protection. I looked around at the others who had joined me and something became very apparent; we were all male.

The head guard, speaking in broken English, then proceeded to inform us that Croatians were very proud of their illustrious border and then he cut to the chase. Apparently there had been instances of drug smuggling within tour buses and we few had appeared suspicious to the border guards. It seemed my overeagerness to have my passport checked and my sleep-deprived expression had been my undoing. We then needed to provide a long list of our personal details (where we came from, what uni were we at, what did we study, phone number, when did we last consume alcohol etc…)  After that we were told that we were to undergo further tests, to see if we had taken any illegal drug’s recently. How that was suppose to be relevant to a case of drug smuggling I’m not sure…..especially if there was nothing on our persons or bus.

We were then told these tests would take another hour or so. Fortunately, one of the tour group who was with us was our Tour Organiser who then explained to the room of armed men that we had in fact been expected in Zagreb two hours ago and that we had booked a tour of the city with the Croatian Tourist Board.

The guards briefly consulted in Croatian for a couple of seconds and then turned back to us potential drug smugglers.

And that was it.

To be honest we were in such a hurry to get away that I didn’t even have time to tell one of the border guards how much he looked like Alec Baldwin. I’m just throwing that in, because it was truly eerie how much this random Croatian guard looked like esteemed actor Alec Baldwin). But, semi-automatic guns tend to kill the chances for conversation, so instead, we left the border guards, and the fifth Baldwin brother, in the dust as we sped away to Zagreb.

We arrived almost 3 hours late and had missed an opportunity for lunch due to the problems at the border. So I was tired, hungry, and just wanted to lay down. But I couldn’t because we now only had a couple of hours to explore the city. When we explained why we were late to the tour guide, she happily exclaimed how proud Croatians were of their strong border. We thought better than to mention just how fast we’d been let go by the border guards. With a spring in her step, she promptly spun round and let us on a winding tour around the innards of Zagreb.

Zagreb is an unexpectedly large city, (for Eastern Europe) with 2 million people piled into this expansive Croatian metropolis. Like many Eastern European cities, the place feels abuzz with work as the Croatians hurtle towards the modernisation that Western Europe spent decades constructing. Old fuses with new, sometimes not particularly seamlessly, but there’s no time to worry about that. However, once in the old city, all that disappears as you become wedged within the tight, near claustrophobic, streets, filled to the bring with tourists, hawkers and diners. Away from these crowded places though, the city can feel surprisingly empty, especially within it’s plazas and parks.

Zagreb has had a long history, with the Romans constructing the first settlement. For a long time after Zagreb was two towns, Gradec and Kaptol, each one built on an opposing hill. The rivalry between these two towns was infamous, with either side regularly conducting raids, kidnapping and looting from the other. However, the threat of foreign invasion eventually brought the two together and this was further solidified when the gap between the two towns was built over, forming the city of Zagreb.

After exploring of the old town and our guided tour had ended, I took the opportunity to dive off into the closet restaurant. I hadn’t eaten since four that morning, which I explained to the waiter, who was rightfully horrified at me ordering both pasta and chips. So, after thoroughly gorging myself, I picked myself up and headed out for a little exploring of my own. Leaving the cramped old town, I stumbled into the museum quarter, just as the evening was turning into night. Sadly, all of the museums were closed by this time; curse you border guards. Here though, the city was at least quiet and still, with only a few people wandering around. It wouldn’t be long before I headed back to the hostel and promptly collapse on the bed, but for just this moment is was soothing to find some peace after the chaos that had encapsulated this long day. 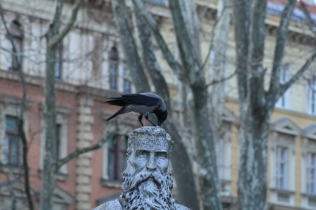 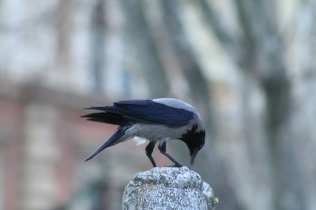 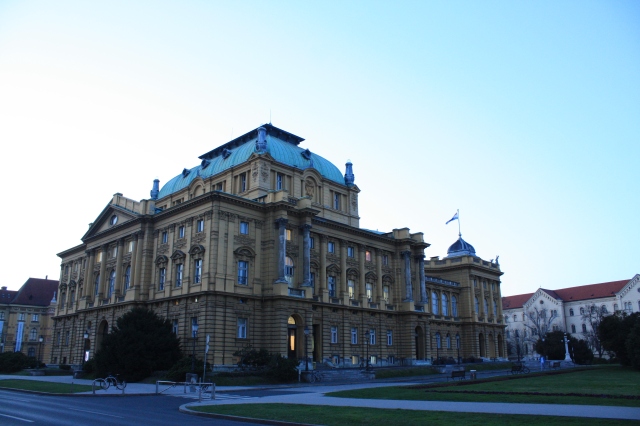 Don’t forget to check out my Instagram for more photos of my adventures.

And if you enjoyed this post don’t be afraid to comment below. Have you suffered any travel nightmares? If so, then let me know; I’d love to hear them.