This time last year I decided to end my term at uni with a series of mountain walks, one of them being Y Garn.

At 3107ft, Y Garn is the tenth highest mountain and is one of the Welsh 3000. Its situated comfortably in the center of the Glyderau range, not far from the A5 and its from this road that I began my journey.

The initial walk was very easy as I was merely following the main path to Llyn Idwal which looked very beautiful in the morning sun. Though it was early and the normally packed lakeside was eerily empty of people, there was a large number of rock climbers ascending the Idwal Slabs. Their blue and red hard hats were stark against the grey mountainside. 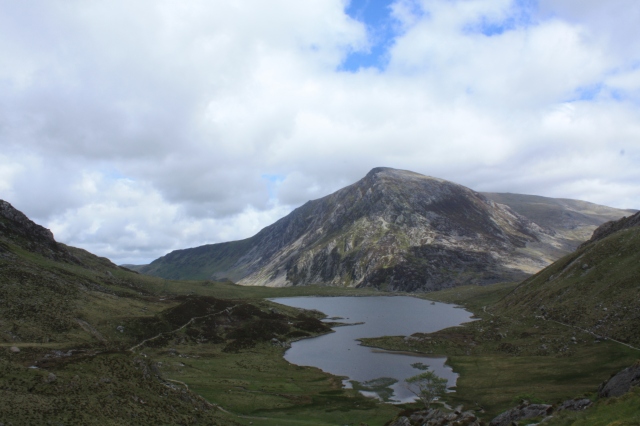 Following the path around the lake, I began to head up towards Twll Du, also known as the Devil’s Kitchen. Twll Du means ‘Black Hole‘ in Welsh, which is an apt description for this large crack which splits the rock between Y Garn and, its neighbouring mountain, Glyder Fawr. Twll Du is known as the Devil’s Kitchen because of the plume of steam that is often seen rising from the crack resembling a chimney. It’s said when steam can be seen rising from the chimney, the Devil was cooking.

This was my first time to Twll Ddu and I heard that in bad conditions the route could be dangerous but I honestly didn’t know what to expect on this summer’s day. Fortunately, although there were piles of loose scree in and around the route up Twll Du, there was also a very well made path, consisting of a long series of stone steps, looking like as if some Welsh giant had carved them out of the mountain. However in some places the steps were integrated so well into the mountainside that I completely lost track of it and ended up wandering in the scree for a little while.

After awhile I reached the top of the great stone staircase and came upon the peaceful  Llyn y Cwn, the perfect place for a spot of lunch.

After that nice break, I began the final slog towards Y Garn, which rose up to my right.

After summiting Y Garn, I continued to head north to the next summit along, Foel Goch. By the time I reached this smaller summit, the clouds had begun to close in and obscure the wonderful sunshine.

However I was determined to follow a different route on my way back, just to diversify the day and plus I didn’t want to walk up Y Garn again. So instead I decided to head down a ridge called Blaen-y-nant, and while it was incredibly steep in some places, overall it made the way down a much shorter journey. 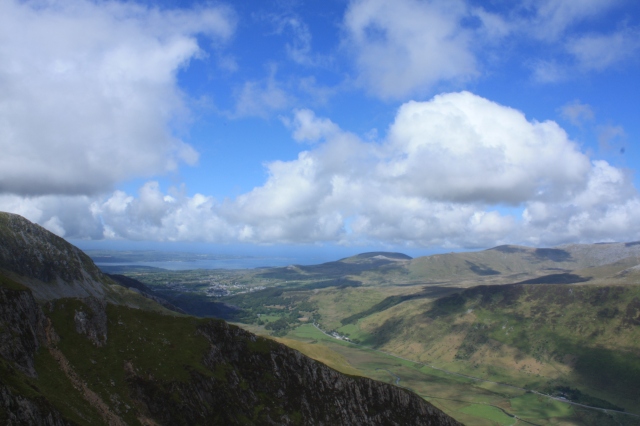 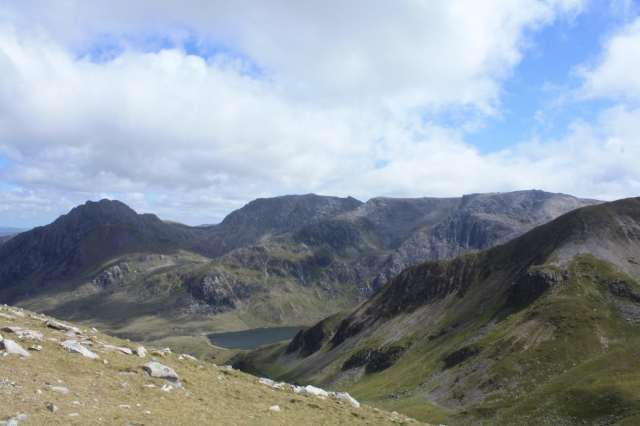 From the bottom of Blaen-y-nant I skirted around the mountainside, back to Llyn Idwal, which was much busier than when I’d last left it. Overall Y Garn was a very pleasant and a surprisingly easy walk, though one that does not deserve to be overlooked.