Today’s post takes us back far further in time then any other post. Before North Wales was conquered  by the English or ruled over by the House of Aberffraw there was the Roman Occupation of North Wales.

The Legio XX Valeria Victrix (Twentieth Victorious Valeria Legion in English) was formed in around 31BC under the Emperor  Augustus. Therein the legion participated in numerous campaigns across Europe, notably Spain, the Balkans and Germany. In 43AD it made up part of the Roman Invasion of  Britain during the reign of the Emperor Claudius and fought at the battle of Caer Caridoc which resulted in the crushing of the British resistance, at least for a time. Years later the XX Legion invaded the holy island of Anglesey  and smashed the sacred groves of the  Druids, afterwards they then helped to put down Queen Boudica’s revolt in 63AD.

After this decade of war the legion became based in the fort of Deva Victrix (now modern-day Chester, near the border  with Wales), the largest Roman fortress in Britain. However once again, in 77AD there was a rebellion in North Wales, led by Ordovices Tribe and the legion, led by Gnaeus Julius Agricola (the new governor of Britannia), headed into Wales once more. According to the Roman historian Tacticus, the entire Ordovices tribe was exterminated and in the wake of this brutal suppression Agricola ordered a new Roman fort to be built, in order to discourage further revolts and protect the coast from Irish raiders. So a year later the Roman fortress of Segontium (known as Cair Seoint in Old Welsh) was built and manned by members of the XX Legion. Located in the modern-day town of  Caenarfon, Segontium was the main Roman fort in North Wales, designed to hold 1000 men and it was connected, by road, directly to Deva Victrix. 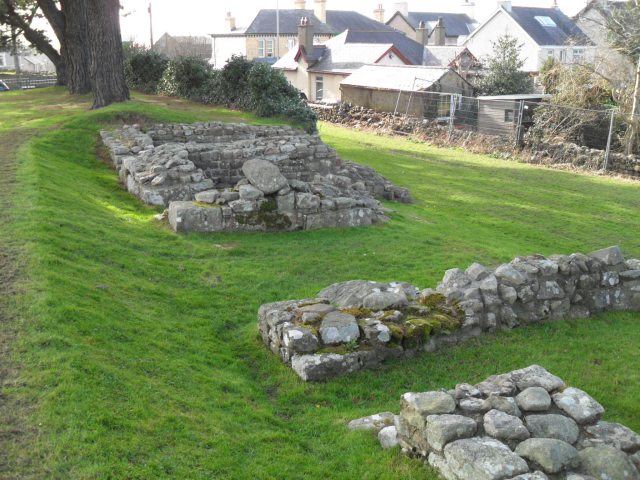 After that its thought the fort remained occupied by the legion for over 200 years, coins dating from 394AD have been found on the site and its entirely possible it remain occupied until Roman forces were withdrawn in 407AD, though in a much reduced capacity. By the 3rd century only 500 men were stationed there, though the original wooden structures had been replaced by more sturdy stone buildings.

Today, only the foundations of Segontium remain, though its influence has shaped Caenarfon’s history by providing the town with a legacy of Roman majesty which has greatly effected the way the town had been viewed. For instance during Edward I’s conquest, so famous was the Roman past of Caernarfon, that he ordered his new castle be constructed with stones taken from the old fort. Stories also tell of the skeleton of the Roman Emperor Maximus being discovered buried within Caenarfon.